brucegust.com represents almost two decades worth of web development and database design experience. The following applications and languages are what Bruce uses to craft the sites, solutions and strategies that have earned him the positive reviews and recommendations he's received from his clients and employers. Bruce is a nine year veteran of the United States Marine Corps. He has a Bachelor's Degree in Business Administration and he lives in Thompsons Station, TN with his bride Michelle and their three amazing kids.

In addition to being a PHP Developer, he's also a Fitness Instructor at the YMCA. And if you're curious as to why there's a drumstick so prominently displayed as a part of his logo, it's because he made his living as a national recording artist playing drums and singing with the band Western Flyer. He's still active as a performer and educator.

Bruce is also an active member at Church of the City in Franklin as a musician and as a Small Group Bible Study Leader. 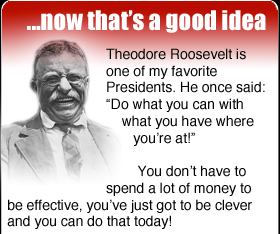