Search Engine Optimization (SEO) is a discipline in and of itself. At first, it might've seemed kind of incremental. Yahoo was the first company that handled site submissions as the internet became more and more popular and it became necessary to organize the amount of URLs that were being introduced into the marketplace. At that point, it wasn't much more than basic organization. But it wasn't long before vendors recognized the advantage of being at the top of the list of search results when a user went looking for a particular product.

In the early nineties, search engines were primarily looking for the density of keyword content. In other words, if you sold fishing poles, search engines would rank your site according to the number of times "fishing poles" appeared on your webpage. it was not uncommon back then for some web developers to build into their site things that now are recognized as "tricks." For example, they would install hidden pages that would have those keyword repeated over and over. Early search engines made the mistake of perceiving this as authentic content and thus moved that site up in the pecking order as users went looking for a particular topic.

Between the years 2000 and 2001, there was a massive shift in SEO as Google introduced a whole new way of ranking sites called PageRank that rendered the earlier tricks and tactics ineffective. Now it's all about how popular your site is.

On the surface, that might appear a bit trite, but it's actually a very intricate and elegant science.

Basically what's happening is google is looking at how often your site is being referenced by other sites. For example, if you've got a great product, the way your ranked depends on how often your product is being referenced by other websites in the form of a link, or "backlink" as it's referred to in SEO jargon. And the more popular the site that's pointing back to your site is, the higher the rating your site receives.

You can also effect the ranking of your site through things like an ad word campaign. In other words, you can pay a certain dollar amount per click according to the word that's being searched for. If we were to go back to our earlier example, say you wanted to bid on the word "fishing." You could agree to pay $1.00 for every time someone clicks on your site as it's listed in the search results a user gets when they google "fishing." The amount of money you spend per click is weighed against what other people have paid for that same click and your site is listed accordingly.

This is a very basic and succinct look at SEO. You can find more information out at google as well as a host of other sites dedicated to the acquisition of more online traffic. But the bottom line is that what began as an incremental bonus where web design is concerned, has become an industry. Larger companies are paying a great deal of money to people whose sole job it is to keep them at the top of the list when a user googles a particular word and it makes a difference in their revenues. And as long as it makes a difference, rest assured SEO is here to stay.

Other sites: The History of SEO | PageRank Explained 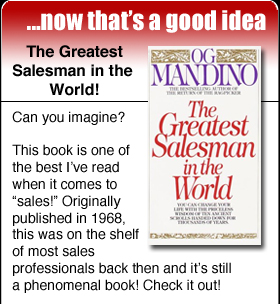